On a hot summer night in Paris, Félix meets a young woman, Alma, and falls in love. The next morning, Alma hops on a train to join her family in southern France. Félix, determined to follow his soulmate, embarks on a carpool ride with his best friend Chérif and their reluctant driver Edouard. When the car breaks down upon arrival, things turn sour: Alma doesn’t seem too pleased by this unexpected visit.

Bonus Content: An introduction video to À L’abordage by the director Guillaume Brac is available on Riff@home 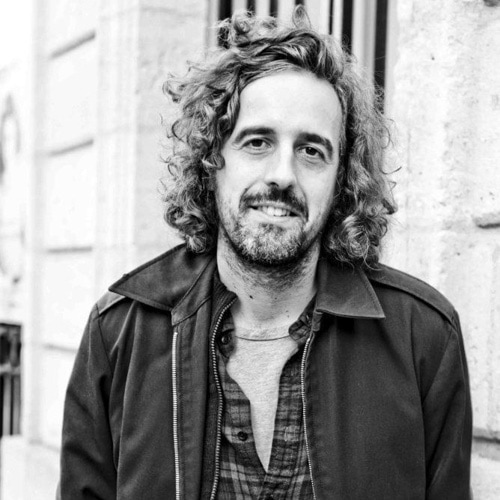 “Just over a year ago, the director of the CNSAD (Conservatoire National Supérieur d’Art Dramatique – the Higher National Conservatoire for Dramatic Art), Claire Lasne-Darcueil, asked me to write a feature-length fiction film for a dozen young actors from the class of 2020. With one proviso: I had to shoot between summer and autumn 2019, so that the film would be finished by the time they graduated .

I immediately saw this as an opportunity to paint the fictional portrait of a generation, just like Pascale Ferran did twenty-five years ago with L’âge des possibles, written for a class at the Théâtre National de Strasbourg. Or the filmmakers of two collections, Tous les garçons et les filles de leur âge and Les années lycée, launched by Pierre Chevalier for La Sept/Arte. Collections that gave birth to generational films that marked the memory, such as Le péril jeune, La vie ne me fait pas peur, Travolta et moi, Les roseaux sauvages, L’eau froide or Trop de bonheur. Films that also had the merit of revealing young actors who were unknown at the time to the general public, such as Romain Duris, Virginie Ledoyen, Elodie Bouchez, Vincent Elbaz, Julie-Marie Parmentier and many others.

I have always loved writing for actors. That has been the case since my first films, Le Naufragé, Un monde sans femmes and Tonnerre, each born of the desire to film Vincent Macaigne, Julien Lucas or Laure Calamy, all three of whom graduated from the Conservatoire. Each time, I approached these films both as fiction works and as documentaries about my actors, taking inspiration from them before and during the shooting. More recently, I shot Contes de juillet, a diptych composed of two medium-length films, the chance result of a three-week workshop at the Conservatoire, presented at the Locarno Festival (Prix Jean Vigo 2018) and released theatrically in France by Les films du Losange, right after my documentary L’Ile au trésor. In a way, Contes de juillet, shot almost without money, with a tiny crew, and largely improvised by the actors, can be seen as a sketch or a rough draft of A l’abordage. Today I have the opportunity to develop this initial experience, with more time, more freedom, more means, and so more ambition.

I think it is interesting to outline the work process here. After observing the students during theatre, clown and mask workshops at the Conservatoire, and meeting them at length individually outside it, I chose a dozen promising young actors from this class of 2020 whose personalities, physiques and backgrounds were particularly appealing to me. During these meetings – which I filmed – I asked them often very intimate questions about their childhood, their loves, their hobbies, their experience of the world of work or their relationship to politics. Based on the rich material that I gathered, with the help of my co-screenwriter Catherine Paillé, I wrote a first narrative framework and cast the roles, at the crossroads of documentary and fiction. We then enriched this framework and these roles during a three-week workshop, where we presented the actors with numerous improvisational situations. We ended up with a step outline, composed of the first fifty-five scenes that were already highly developed and dialogued and the next twenty-five a little less. These were the bones of the document we would have a few months later, when shooting began. Indeed, I did not wish to write a screenplay in the classical sense of the term for this project, in order to give my young actors, whose inventiveness and improvisation skills impressed me, some leeway in the choice of words.

The question of language in cinema has always fascinated me. I think that’s why I have always written my films with the music of each actor in mind. It is also for this reason that I like to confront them, in certain scenes, with non-professionals who suddenly burst into fiction with their phrasing, accent and expressions, bringing in chance, the unexpected and life, somehow infecting the actors with their truth. My recent documentary experiences, in particular L’Ile au trésor, have made me even more sensitive to the infinite richness of language, as long as it is allowed to develop freely within a defined framework. It then reveals its full emotional and comic power.

All my films deal with the encounter, often fleeting or thwarted, but nonetheless real and full of moments of grace, between people and worlds – Paris and provincial France, Paris and its disadvantaged suburbs, students and workers, men and women. In this new film, with its simple plot, I have tried to paint the complex portrait of a generation, and to show not youth – which does not exist as such – but young people, focusing on the points of convergence and friction within the same generation, what unites and what separates. This makes all the more sense to me as the Conservatoire’s recruitment has, in recent years, become considerably more diversified, better reflecting the richness and complexity of our country.

The fact that the two main characters, Eric and Salif, are black cannot and should not be a subject in itself in France today. Moreover, both are defined in the story primarily as students, even if they work on the side. That said, it is obvious that the presence of these two bodies, these two faces, in an inward-looking France, the France of summer vacations, a France that is overwhelmingly white, has its significance. Eric and Salif never encounter racism as such. But the colour of their skin, along with a certain cultural and social distance, have an influence on the friendly and emotional relationships that are built up and fall apart with Asma, Edouard, Ana and the others in the course of the story. The play of desire and seduction provokes a succession of small dramas and misunderstandings, and here and there, the rift, temporarily filled, opens up again with all its violence. The film chooses to treat this social and political issue lightly, because we are in a comedy. But the comedy is tinged at times with bitterness, the way a summer sky darkens as a storm passes in the distance.

The question of the summer vacation, this time out of time, this parenthesis snatched from daily life, this field of possibilities that opens and closes, has long fascinated me. Geographically and socially, but also mentally and emotionally, the summer vacation turns the tables, shakes up habits and sometimes disrupts the course of a life. It is this experience that Eric, Salif and Edouard will live each in their own way. Three young men who, for a host of cultural, economic and family reasons, are not used to letting go of their moorings, taking to the road and setting off for adventure. Not for real, of course, because one of the charms of a vacation is the thrill of adventure at a low cost. But it is more than likely that these few days, however futile they may seem on paper, will leave a deep mark on these three lives.

I have set this story in August, in a deserted Paris, given over to tourists, then on the banks of a river in the South of France, at the foot of the mountains. There’s a beach, a campsite and more isolated spots. The direction focuses on constructing a precise topography of the places and journeys, and on restoring the sensations specific to the different times of day, with the variations in intensity and direction of the light. We have tried to capture the spontaneous side of the actors’ performances and in life around them, especially on the campsite, while the shot breakdown is based on precise frames, favouring a certain duration and distance that bring the bodies together in the same shot.”