Investigative journalists uncover massive fraud in the Romanian health care system revealing the price of corruption and ultimately, the price of truth.

In 2015, a fire at Bucharest’s Colectiv club leaves 27 dead and 180 injured. Soon, more burn victims begin dying in hospitals from wounds that were not life-threatening. Then a doctor blows the whistle to a team of investigative journalists. One revelation leads to another as the journalists start to uncover vast health care fraud. When a new health minister is appointed, he offers unprecedented access to his efforts to reform the corrupt system but also to the obstacles he faces.

Following journalists, whistle-blowers, burn victims, and government officials, Collective is an uncompromising look at the impact of investigative journalism at its best.

The film premiered at Venice Film Festival in 2019, and played at TIFF and Sundance among many. Nominated for Best Documentary at EFA 2020. 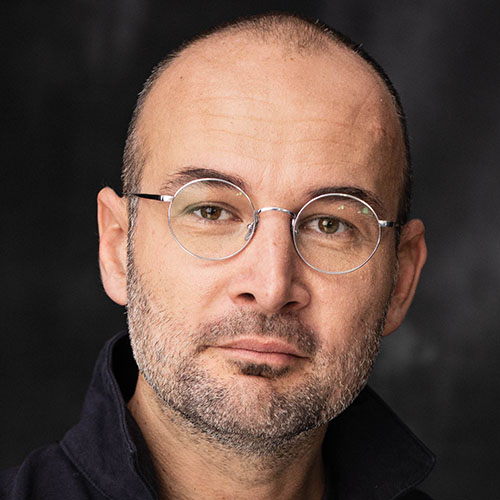 No interviews, no voice over. My process of documentary filmmaking is a purely observational one. It is a process of learning from the life of others, of growing on a personal level by getting as close as possible, up to a point of complete identification, with the chosen protagonists. When I start filming a story, at first I don’t want to know too much from – nor about – my characters. I actually never know for sure if from the moment I step into their lives anything noteworthy of a cinematic story will develop further. But what I experience in the process, I am trying to frame in a way that will make the viewers feel as if they were living in close proximity to and discovering the characters. The viewer should feel as if witnessing his or her own process of personal growth through the life of others. That I think is what cinema should do.

I was born in Romania. I have lived most of my life in Germany, but at the end of 2015, when Romanian society was devastated by the Colectiv club fire, I was back living in Bucharest. By being right there at that time, I experienced the full extent of the blow suffered by a democratic European society which could never have imagined that dozens of people could die when going out to a club. The fire at Colectiv was a national trauma. It felt like everybody in the country was part of it.

Like any single traumatized human, a traumatized society becomes easy to manipulate and to lie to. I have witnessed during the days after the fire an institutional lie about how the authorities were perfectly managing the tragedy, that was constantly repeated to a grieving population, through all media. I have seen manipulation silencing people and stopping them from asking questions for a time. While young people injured in the fire kept dying in hospitals.

My very first attempt was to understand the direct impact of the tragedy on the private lives of the survivors and of the families who had lost their children in hospitals, after the fire. Mihai Grecea, a filmmaker himself, is one Colectiv survivor who joined my team right after he woke up from a coma. Together with Mihai, I plunged into the big family of the Colectiv victims. I stayed as close to them as I could, through their innermost grief and their struggle to understand why they had to lose their loved ones, weeks after the fire, if the medical treatment that they received was as good as the authorities claimed. The hardest challenge for me, as a father, was to witness the pain that parents went through after losing a child. The pain of not having been able to save the life of one’s own child, while it would still have been possible, because of the power and the lies of state authorities.

As I was aware that one day the same situation could hit my own life, I needed to understand more, to delve deeper, to reach and to try to film the well-hidden. It was an organic decision to follow the very few that also doubted the official version of the events. The ones that were asking the unexpected, yet simple questions. So the office of the investigative team of journalists at the Sports Gazette, that started to investigate the role of authorities in the tragedy right after the fire, was the best place to start filming the part of the story I wanted to understand.

Though they had started out by looking for simple answers, the journalists plunged deeper and deeper into an entire network of lies and corruption within the healthcare system. Even when doubted by everybody, they didn’t abandon their quest. Encouraged by the stubbornness of the journalists, a doctor walked into their newsroom and blew the whistle about the real state of Romanian hospitals and their inability to treat even one burn patient. More whistleblowers followed.