As everyone prepares for the holidays, a peculiar atmosphere falls upon the country revealing emotions of both excitement and concern. In the middle of the countryside, an abandoned farm is burning. In a school, a children’s choir is singing Christmas carols. In a slaughterhouse, chickens are parading along a rail. In a museum, a mother is arguing with her ex-husband on the phone. In a living room, a young girl is making her grandmother try on her new virtual reality headset… Through 56 scenes, Echo draws a portrait, both biting and tender, of modern society.

Rúnar Rúnnarsson’s ECHO premiered in Locarno 2019 and is the Icelandic entry in the selection of this year’s EFA 2020. 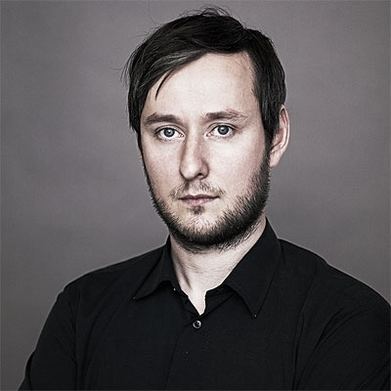 HOW DID THE IDEA FOR ECHO START?

It’s a really old idea that re-occurred to me after Sparrows. I was getting a little bit tired of the usual Greek storytelling tradition, always grounded in an initial situation, twists and outcome. It’s important to me to be honest with myself and honest with what I’m portraying. I felt like I was lying with other film drafts I was starting to write, they all had the right twists and turns, but they were not representing me at the time. When I started on Echo, it was different, and I felt quite alive as an author.

WAS IT SCARY TO MAKE A FILM THAT WAS DIFFERENT FROM YOUR FIRST TWO FEATURES?

Yes, in a good way. It was only when I had finished shooting a few of the last scenes that the whole structure of the film became obvious to me. At the same time, it was just something I had to do. One part of being alive and being an author is to challenge yourself. There were people who pointed out that it might not be the most rational decision for my career to do a film like this. But I always try to capture some kind of reality, or my observations on life. Every film is a personal journey for me. And Echo is no different.

HOW DID THE SCENES EVOLVE, BOTH WITH THE MORE OBSERVATIONAL DOCUMENTARY SEGMENTS AS WELL AS THE SCRIPTED SEGMENTS?

The narrative approach is like picking up stones on a beach, each stone is special in its own way. They can look smooth, or rough, or like nothing special, or there can be a glass fragment from a cola bottle that is ground down. When you come home from the beach and you put all the stones on the kitchen table, and shuffle them, you can shape it into a mosaic and they create a whole.

During the financing stage, we would say that “Echo is a film where reality will be captured, initiated and staged.” It has always fascinated me how people experience films. People tend to take documentaries as given truth. But there is always some author behind them, someone with a point of view. In purely fictional films, it’s more obvious that it’s the viewpoint of the filmmakers. In this film, it doesn’t matter which scenes are documentary and which are fiction. There are on the other hand some dogmatic rules we kept to as we shot the film, like each person only appearing in a single scene and each scene being one static shot on a tripod. The passage of time is only broken when we cut from one scene to the next.