The Fight for Greenland

What does the future hold for Greenland? Should Greenland become a sovereign state or on the contrary strengthen its ties to Denmark? The film follows four young Greenlanders who are fighting for a better Greenland, but disagree on which direction their country should follow. The Fight for Greenland is a character-driven story offering unique insight into the heated debates about independence, language, and identity, that rage in modern-day Greenland.

Bonus Content: An introduction video to The Fight for Greenland by and a Q&A session with the director Kenneth Sorento are available on Riff@home 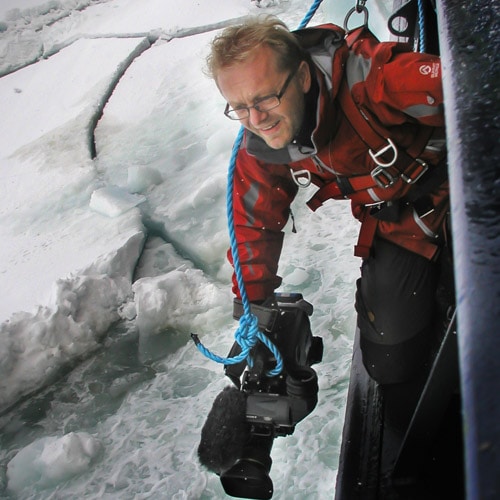 “With The Fight for Greenland I want to ask the question: “Why independence rather than how independence?” In order to answer the question, I have cast and gained the trust of four young Greenlandic activists who represent the main but also very polarized currents within the independence, identity and language debates in Greenland. It has been vital for me to have the story told from a Greenlandic perspective and in the film, the four characters all give voice to their hopes and dreams for the future of Greenland. The film does not side with any of the perspectives, and is sympathetic to all the characters. In order words, I will leave it to the audience to make up their own minds.”