An environmental spy infiltrates the global syndicate in illegal timber trading. With the aid of a hidden camera he documents the chain of illegal activities, from harvesting of the wood to the marketing of “washed” products in supermarkets. This operation turns out to be an excellent motor for political change. 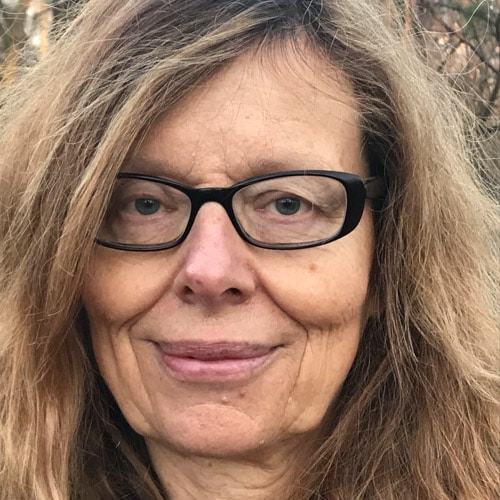 “One day, in the church, the praying parishioners were desperately asking God to save their village. I was already away from the village, a student in Bucharest studying film directing, enjoying life, and grasping for a new existence when my mom called and said that the hill near my grandparents’ house is about to fall on all the houses around. That hill was originally covered by an oak forest. But for some years before, the hill was empty because in that area, as in most of rural Romania, the forest is being cut at an unimaginable speed.

Eventually, my grandparent’s house was saved, but the house of Adi, my childhood friend, was half destroyed by floods and landslides. Adi is now working in a sawmill, sending logs to a big company that is buying big quantities of wood from Romania and exporting timber to many European countries. This is why I decided to make a film about the legal and illegal cutting and trade of wood. It is dedicated to my childhood and to my village in the North.”

“It was my grandfather, who owned a tiny farm and some small patches of wood in a poor part of Nether-Bavaria, who brought me to our small family forest every summer and ignited a deep love for trees and the complex life in forests by sharing his knowledge of nature with me. And coming from a Catholic household in a small town in West Germany I was naturally infused with the idea of responsibility for God’s creation. This is still influencing my work as a documentary filmmaker: From my early work in documentaries such as Jesus Loves You, I realized that my passion as a filmmaker is to explore what drives people to leave their comfort zones and contribute to a greater cause.

During my ten-year stay in NYC, I was surprised to witness how civil society can operate in a super competitive environment driven by market forces, where self-promotion and self-optimization are crucial components of any success. Getting to know our main protagonist Alexander von Bismarck, who – after his parents divorced – grew up sharing his time between Germany and the USA, I became especially interested in how he brought the idea of civic responsibility into this turbo-capitalist setting.

While filming a first short documentary about his struggle against the timber cartels in China and Madagascar, I became fascinated by how he leveraged his unique secret agent approach to documenting environmental crimes to successfully lobby policymakers into meaningful changes in legislation. To me, seeing this was a healthy antidote to the rather repulsive excesses of Western consumerist society spread around the world. While humanity fails on so many levels and the survival of the planet seems more and more at stake, I found in his approach and work a kind of optimism against all odds, which I felt an urge to share with a wider audience.”

“I was born in Linz – the Austrian “steel” city Hitler had developed to become his “Führerstadt” and his place to retire. But I spent the summers with my brothers and sisters on a nearby granite mountain in the middle of pine tree woods. We were playing with the moss, picking berries and mushrooms, many mushrooms, because the summers were wet then and the rainy forest embraced us with a gorgeous smell. Intellectually I’ve always been interested in structural violence, in systems that make people suffer or do what they do.

This is why I shot my first documentary Treasures of Ethiopia in the mountains of this war-ridden country in 1991, a couple of months after the communist regime had collapsed and the civil war had ended. On the one side, we filmed hard-working farmers who meticulously produced genetically diverse varieties of wheat, barley, and coffee while their kids were playing on stranded tanks. On the other side were multinational corporations who disregarded the concept of farmer’s rights, and stole those genetic resources which have a huge impact on Western plant breeding.

The Ethiopian farmers did not get any compensation for their work. What they received, if anything at all, is food aid as if they were nothing but poor victims of circumstances. In a three-hour-long interview, the Indian manager of Pioneer Hi-Bred in Addis Ababa disclosed his Marshall Plans to us Europeans whom he considered his equals. He bragged about how he will conquer Ethiopian agriculture and knock out the ignorant barbarians.

We handed this document over to the new Ethiopian parliament as a tool they could use in “democratic” policy making and nation-building. This taught me that while films might not be able to make a change, inconspicuous cut-outs can be real treasures if used efficiently.”