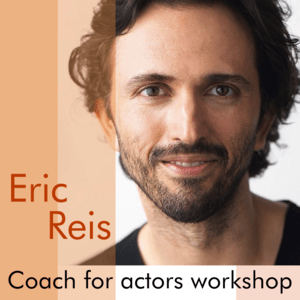 This workshop is an introduction to the on camera acting technique developed by Bob Krakower, one of the premiere acting teachers in the United States. Selected actors will perform scenes on camera, and discussions will follow. Topics include script analysis, auditioning, and self-tapes. The workshop is designed for advanced professionals.

Eric Reis is a respected acting teacher based in New York City. His clients include multiple Emmy, Tony, Screen Actors Guild, and Drama Desk Award winners, and have performed leading roles in the Broadway productions of Phantom of the Opera, Wicked, Les Miserables, Rock of Ages, Waitress, and Mean Girls, among countless others. He regularly works behind the scenes prepping actors for their roles on successful TV shows on The USA Network, CBS, HULU, and NETFLIX, among others. You can learn more about his work by visiting his website here: www.eric-reis.com 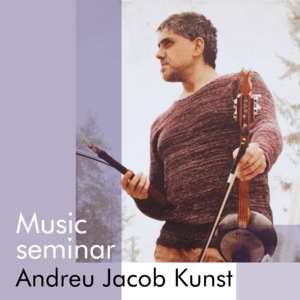 This year RIFF will focus on the FILM Music scene with regards to the impact that Icelandic composers have gathered internationally over the years and honouring the recently acquired awards of Hildur Guðnadóttir.

RIFF Industry Days presents a seminar where Andreu Jacob Kunst, Film Music Composer & Orchestrator / Sound designer from Norway will share his experience and keynotes about musical composition, musical arrangement, and mastering as well and share his journey and understanding on how to break into the industry,  approaching this training as further education for working composers and creative practitioners in the music field with a focus on positioning oneself in the creative market and to be further able to manage one’s creative career and self-development of the artists.

Andreu Jacob Kunst (Norway), is considered one of the featured modern composers on the international scene. His interdisciplinary work crosses the boundaries of fine art and lives performance and he is highly regarded as an accomplished composer, working at the cutting edge of musical investigation. https://www.andreujacob.net/