Innovation and creativity are at the forefront in the Icelandic film industry these days, with eight brand new Icelandic productions, both documentaries and feature films, premiering at the Reykjavik Film Festival

First on the list is the film Wolka by the recently departed director Árni Ólafur Ásgeirsson, a national favourite. Many people have waited for this release with bated breath as Árni was widely admired and respected in the Icleandic film industry. This film gives an insight into the Polish community in Iceland, which has grown considerably in recent years. Wolka is an Icelandic – Polish cooperation project and the actors are almost solely of Polish origin. However, the Icelandic Ásgeirsson directed the film and the music, costumes, set design and production were all overseen by Icelandic professionals.

Out of the eight films in the category there are two feature films, Owls, by Teitur Magnússon and Come to Harm by Ásgeir Sigurðsson and Anton Karl Kristensen. Both of these films are their creators debuts in the category of  full length feature films. The film Owls tells the story of widowed Páll, who meets a woman experiencing violence at the hands of her boyfriend. When Páll tries to come to her aid, he is forced to face his own past. Come to harm is about a young man who needs to search for his brother in the underbelly of Reykjavik city when their mother passes away. Come to Harm has already been invited to attend several film festivals and was awarded the “Directorial Discovery Award” at the Flickers’ Rhode Island International Film Festival.

Three Icelandic documentaries will be world premiered in this category at RIFF, all of which are very distinctly different from the others. Acting Out by Ásthildur Kjartansdóttir is the tragicomic story of Edna Lupita that demonstrates how one can live a relatively normal and meaningful life in spite of being on the brink of suicide. The film Are You Icelandic by Magnea Björk Valdimarsdóttir gives the audience an insight into the life of four women who have all lived in Iceland for twenty years. Born in Bosnia, Jamaica, Poland and Turkey – they all have a story about what brought them here and how it is to be a foreign Icelander in Iceland today.

The third documentary, Interment, by Anna María Bogadóttir is a very different tale, as it tells the story of the building of the Bank of Industries in Lækjargata, Reykjavik, that was erected in the 1960´s in influenced by the ideologies of international futurism. Just over half a century later we witness the demolishment of the building – and the bank -with the backdrop of the city’s usual hustle and bustle.

Finally there are two full length documentary feature films that are produced in an Icelandic-foreign partnership. The first is The Butterfly Swing, or Lille Sommerfugl in the language of origin. This is an Icelandic-Danish partnership project which tells the story of a stubborn pig farmer and his wife who throw a party at their farm to celebrate their fiftieth wedding anniversary. The family harbours many secrets that are unveiled as the evening wears on.

Furthermore, the concluding film at RIFF, blockbuster Margrete – Queen of the North. This film is the most expensive film project that has ever been produced in the Nordic countries and is a Nordic cooperation project. Charlotte Sieling is the director of the film but she is renowned for her direction of The Killing, The Bridge and Borgen, to name a few of her better known works. Trine Dyrholm acts the leading role and Icelandic actresses Halldóra Geirharðs and Tinna Hrafns carry out supporting roles. Trine will be an honorary guest at RIFF and will attend the screening of the film.

When Anna is released on parole after 15 years behind bars in a Polish prison – she has only one thing in mind – and that is to locate a woman of the name Dorota. She searches high and low in her old neighbourhood in Warsaw but most of her acquaintances have moved on. When Anna is about to give up she finds out, to her great disappointment, that Dorota moved to Iceland a few years ago. Anna risks everything, travelling to Iceland using a forged passport, full well knowing that she could be sacrificing her freedom by taking this risk.

Páll has isolated himself from society since his wife and daughter passed away. He meets Elísabet, who suffers violence at the hands of her boyfriend and tries to come to her aid by giving her shelter. When the violent boyfriend shows up to retrieve Elísabet, Páll is forced to face his own past as he tries to resolve the situation.

Óliver is a 20 year old boy who holds up a job and tries to help his mother keep afloat. After a stint of sobriety, his mum relapses, causing a rift in their relationship and that of his younger brother Hrafn. During all the uproar, the mother outsources the younger brother to deal drugs due to her drug debt. When Oliver finds out about the situation he is forced to spend the night looking for his brother to save hiv from a sordid past.

Edna Lupita is from Mexico and lives in the West End of Reykjavik. She struggles with her existence and sometimes feels like committing suicide. She sumons the actors Sólveig Guðmundsdóttir and Valur Freyr Eiríksson to her aid to deal with the devils in her life. The film is based on Edna Lupita’s life story but events from her past are staged with the help of professional actors. She revisits difficult memories and deals with her battle with mental health issues and suicidal thoughts. Acting Out takes the audience on an emotional journey as Edna tries to find her way on the road to recovery.

Are you Icelandic? tells the story of four different women that have one thing in common, to have lived in Iceland for twenty years. Born in Bosnia, Poland, Jamaica and Turkey, the women all have their different reasons for ending up on this cold island in the North. 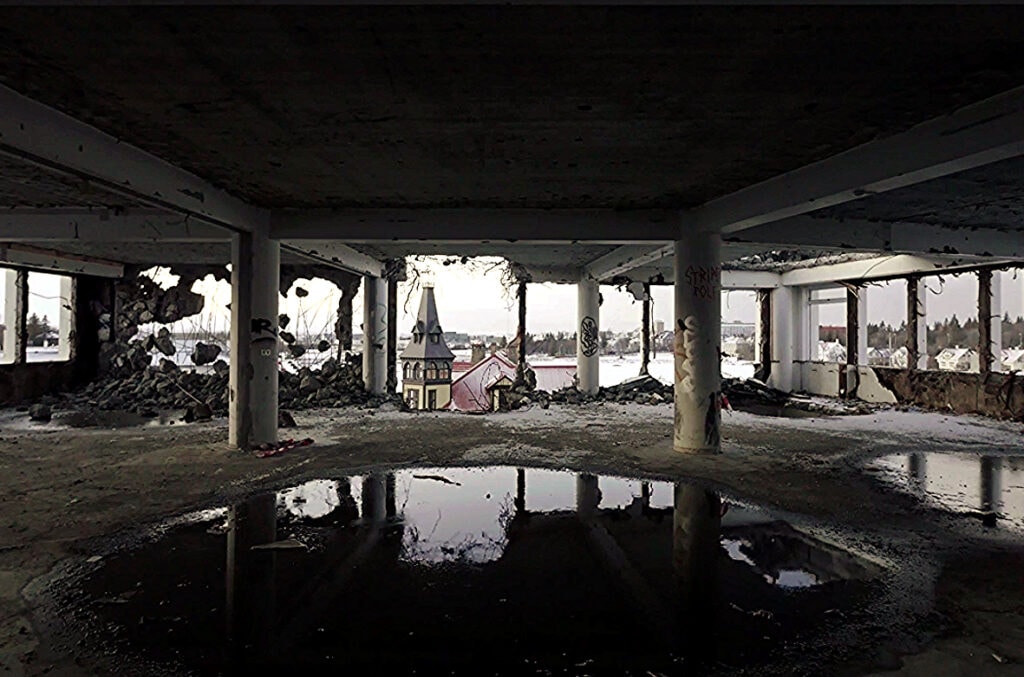 Built for a sleek and secure future the iconic Bank of Industries, was erected in downtown Reykjavík in the 1960s. Some fifty years later, we step inside the building and witness its geometrical and material dissolution before the backdrop of everyday life.

The stubborn pig farmer Ernst and his wife Louise host a party on their farm to celebrate their 50-year wedding anniversary. However, the family is keeping a host of secrets, and Ernst is soon treading deep water. During the lively, colorful, intoxicating, and sorrowful evening, the truth slowly begin to emerge, putting the family to the ultimate test.

Margrete -Queen of the North

Queen Margrete rules over Sweden, Norway and Denmark through her adopted son, Erik. A conspiracy in the making places Margrete in an impossible dilemma that could shatter her life’s work: the Kalmar Union.