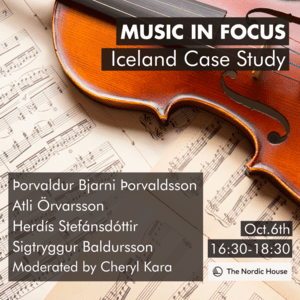 In this panel, relevant composers and figures from the film Icelandic music industry will expose why Hildur´s awards only mark the beginning of Iceland’s success in scoring films and TV.

Cheryl Kara was raised in Singapore on a diet of soundtracks and musical theatre. A longtime fan of telling stories with sound, she began composing music for advertisements and short films before turning her attention to songs and their creative use within audiovisual media. She has supervised and licensed music for productions as well as consulted with artists looking to break into the world of synch. Cheryl has been based in Iceland since 2016, where she has led synch projects and listening sessions.

Sigtryggur Baldursson is the managing director for the Iceland Music Export office, called Iceland Music. Iceland Music is a member of the Nomex network of nordic music offices. He is also a veteran musician best known for his work with Björks first band, the Sugarcubes, from '86-'92, and also Emiliana Torrini from 1999. He is one of the owners of Reykjavik music label and record store, Bad Taste (Smekkleysa). Sigtryggur has in later years also produced and directed Hljómskálinn, an award winning television series on Icelandic music.

Atli Örvarsson relocated from Akureyri to Los Angeles early on to pursue a career in composition. There, Atli worked extensively alongside prolific TV veteran Mike Post and Hollywood legend Hans Zimmer. In 2014, he started building up a studio complex in Akureyri and began his collaboration with the ‘Sinfonia Nord’ Orchestra.

Herdís Stefánsdóttir is a composer of music for multimedia, a songwriter, and an electronic musician. Her compositional endeavors — installations in museums, dance, theatre, and a successful electronic music duet she is a part of – are establishing her as an expansive artist. Herdís Stefánsdóttir graduated with an M.A. degree in film scoring from New York University in 2017.

Thorvaldur Bjarni Thorvaldsson is a composer/producer from Iceland. He studied musical theory, composition, and classical guitar. He is the main songwriter and guitarist of the Prog Rock Band Todmobile. Thorvaldur has written the music for eight musicals, all who have been staged by the professional theatre scene in Iceland. He manages the North Iceland Symphony Orchestra and the SinfoniaNord project. 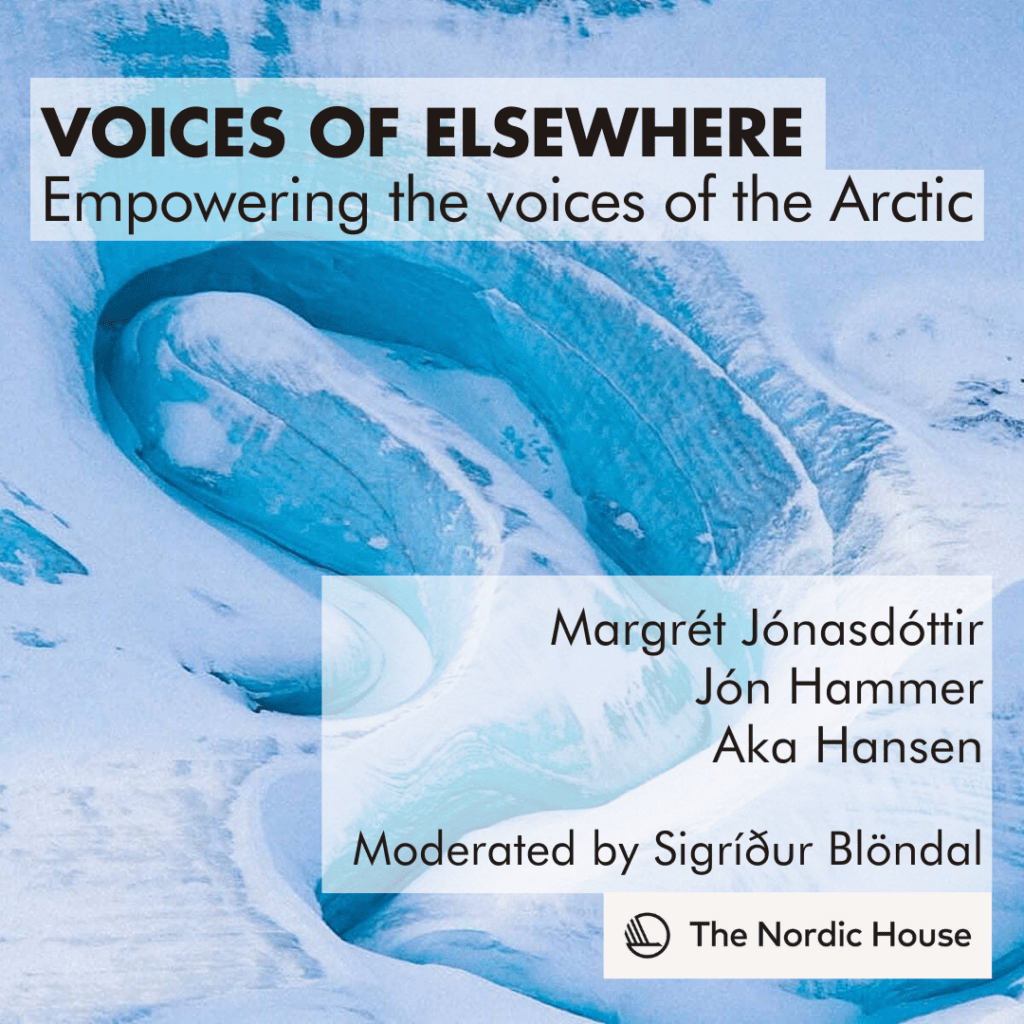 This panel deals with the importance of Arctic Film productions and their worldwide distribution in regards to the transmission and conservation of the arctic cultural values.

Film re-thinks and re-formulates images, legacies, and impacts within far more dynamic and multi-directional global contexts. Furthermore, film identifies and engages with a wide range of unknown forms and narratives that foreground movement, mobility and interaction, inside and outside of established Nordic film traditions.

VOD and the implementation of funds towards the Arctic and High North film productions are key players in breach entrenched structures towards the conservation and promotion of a specific Scandinavian cultural lineage and small-nations, the pan-regional voices of elsewhere.

Sigríður Huld Blöndal is the former director of the Arctic Circle. She holds a Master degree in International Relations with focus on Arctic Politics, the Arctic Council and Icelands participation in Arctic matters and a BA degree in Political Science. Sigríður has made Radio Programs for RUV, Icelands National Broadcast Servies on Arctic matters and the West Nordic cooperation. She is the author of a book chapter on Arctic cooperation which will be published later this year.

Jón Hammer is a Faroese producer that established Kymyndir (kykpictures). He previously worked at Zentropa, before moving on to independent powerhouse Adomeit Film, where he continues to produce. Jón is a member of European Audiovisual Entrepreneurs (EAVE).

Margrét Jónasdóttir is one of Iceland’s most experienced documentary film producers. She is the executive producer of documentary production at Sagafilm, the largest production company in Iceland. She has been on the board of Nordic Panorama and a juror at International Film Festivals. She is a historian by education and holds an MA in Modern History from UCL in London.

Aka Hansen is a several times award winning Inuk filmmaker based in Nuuk, Greenland. She studied at the Danish film school Super16 (2015-18) and has a long career in filmmaking in Greenland. Hansen has mostly had her focus in documentary and TV. "You'll be okay" is her first short drama that she directed, and is a part of this years programme. 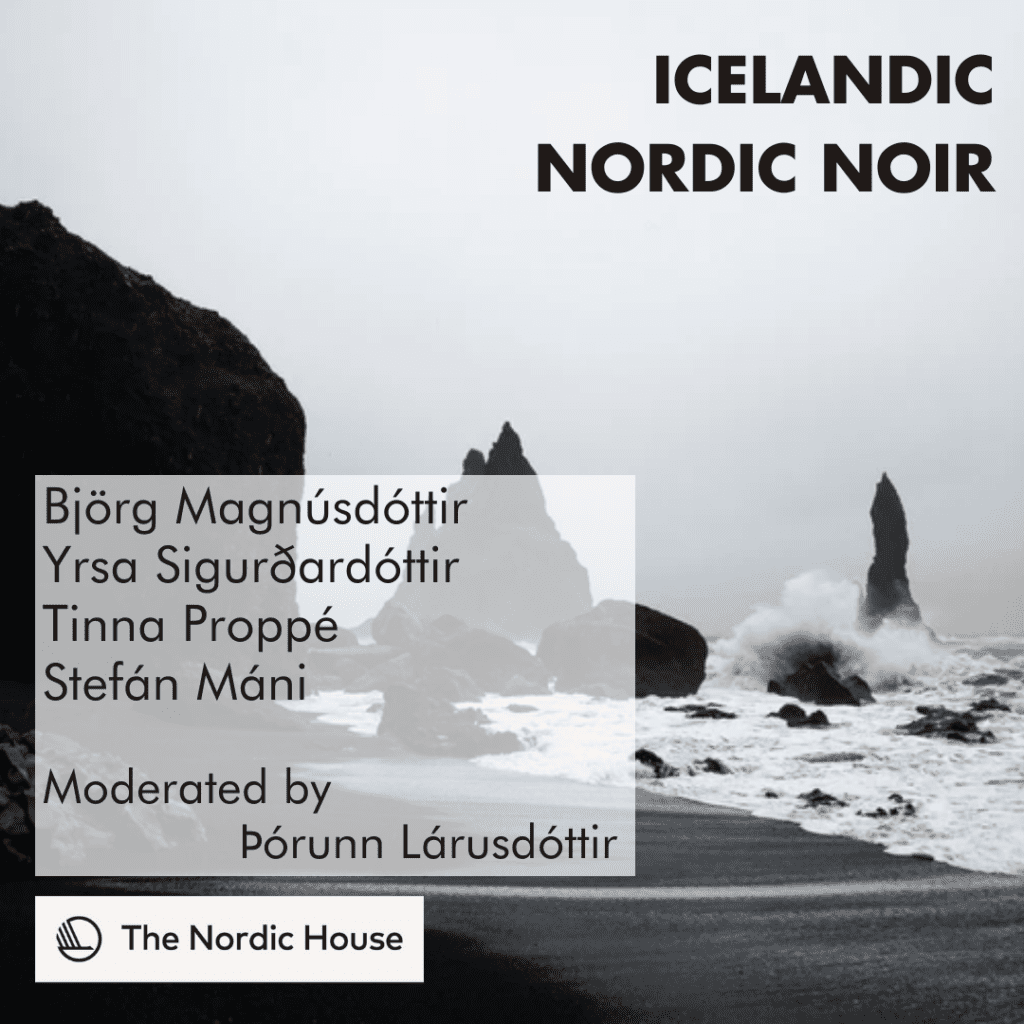 From an international perspective,  the adaptation of books into script plays as per the contemporary Nordic cinema is indubitably flourishing, Scandinavian productions keep showing an ever-growing active interest by audiences, Tv shows and films are an integral part of debates concerning cultural and identity politics.

Icelandic films have received critical praise, Tv series have matured large fan audiences outside the Nordics and have earned the marketing term ‘Nordic Noir’ which accomplished popularity and made a major improvement for funding opportunities.

Coming from a region of roughly twenty million people, the success of Nordic cinema is truly outstanding.

In this panel scriptwriters, writers and industry experts will contest this occurrence sharing their visions and understanding about it.

Live to write, write to live … On June 3rd 1970, Stefán Máni was born and raised in Ólafsvik. Stefán Máni began to write at the age of twenty-three, He packed his humble belongings and moved to the capital city of Reykjavik to chase the newborn dream of becoming a writer. He published his first book at the age of twenty-six. The Cursed Ship became his first Best-Seller and the author set the sails for international waters. In recent years, Stefán Máni has been writing a very popular detective series, known as the Grímsson Series.

Yrsa Sigurdardottir is an internationally bestselling crime writer from Iceland. To date she has written 6 novels for children and 16 for adults and amongst both categories are award winning novels. A movie based on her horror novel, I REMEMBER YOU, premiered in May 2017 and her Thora series is presently being adapted for television. Yrsa is a civil engineer by trade and still works as such in her native Iceland.

Snjólaug Lúðvíksdóttir is a screenwriter and stand-up comedian. Her latest projects include the comedy film Saumkalúbburinn and the second season of Stella Blomkvist.

Tinna Proppé is an established producer having worked in the film industry since 2009. In addition to film production she has a background in book publishing. Tinna’s work include titles such as Mamma Gógó, Legends of Valhalla – Thor, Hemma and Pity the Lovers with her latest project being the series Sisterhood, distributed by NBCUniversal. She is currently working on multiple projects at Sagafilm with Operation Napoleon in the final stages of development.