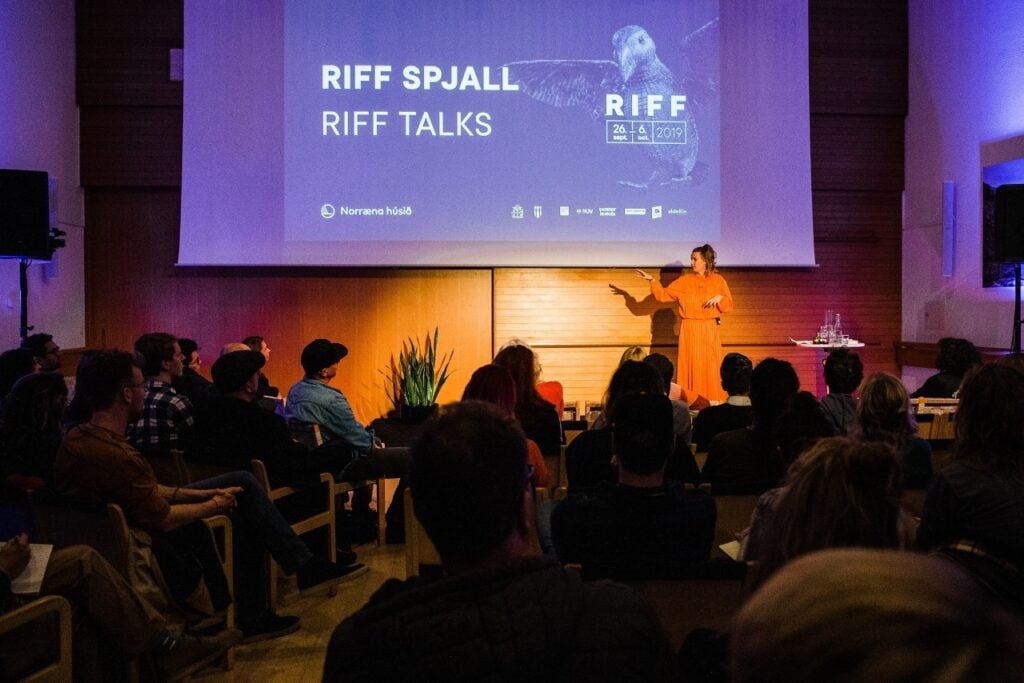 RIFF TALKS are held in the spirit of TED Talks but focus on filmmaking, the main aim is to inspire, educate and motivate fellow film professionals, other creatives, and regular movie goers. RIFF TALKS are there to challenge and rethink the current mainstream narratives. The talks are followed by a panel discussion between the different speakers to exchange ideas and as an opportunity to engage with the audience.

Hera Hilmar is an Icelandic actress who can currently be seen starring in Steven Knight and Francis awrence’s Apple TV+ series, SEE and as well as soon starring in Asa Hjorleifsdottir’s anticipated REPLY TO A LETTER FROM HELGA and Hilmar Oddsson’s DRIVING MUM to be released in 2023. Previously, Hera starred in Baltasar Kormákur’s THE OATH, which premiered at the Toronto International Film Festival (TIFF) to much acclaim and was the central lead in Universal’s epic franchise MORTAL ENGINES, written and produced by Peter Jackson. Hera gained international notoriety in the Icelandic feature LIFE IN A FISHBOWL, which not only swept the Icelandic Edda Awards, but was also the country’s Academy Award entry for Best Foreign Language Film. For her performance, Hera won Best Actress of the Year, and was further awarded the prestigious Shooting Star Award at the 2015 Berlin Film Festival. 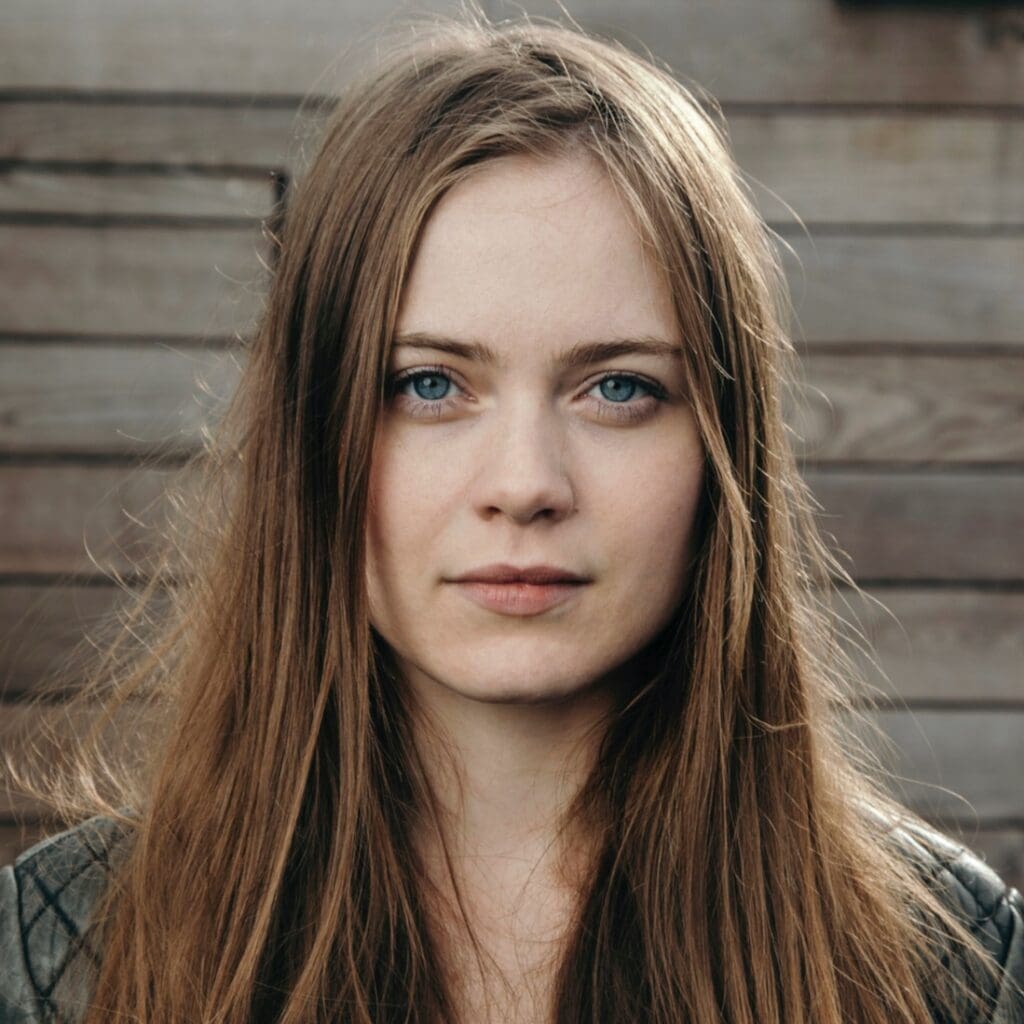 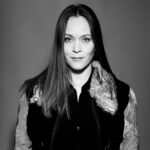 Álfrún Örnólfsdóttir is an Icelandic director, writer and actress. She has had a successful acting career in film, tv and theatre for the past 20 years. She is also a playwright and theatre director. Álfrún is a member of The Post Performance Blues Band, an art collective that seeks inspiration in failure. BAND, her debut film as a director premiered in 2022 and has been screened in major film festivals around the world. She is currently directing a play at the City Theatre of Iceland and developing a new feature film called Shitballs. 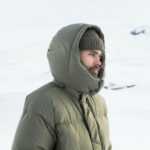 Benjamin Hardman is a landscape photographer and natural history cinematographer based in Iceland. With Iceland as a home base, the fragile, barren and isolated landscapes of the North have become the core focus of his work. After 10 years in the creative sphere, multiple solo exhibitions and more than 30 assignments as a polar expedition photography specialist, Benjamin has now embarked on a new path in cinematography, working on a series of productions for Netflix and the BBC, set be released in 2023. 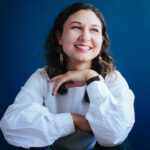 Cass Gardiner is an Anishinaabe Algonquin filmmaker, curator, and writer from Kebaowek First Nation. She produced the short documentary Jewels Hunt, which was supported by ITVS and TFI, and broadcast on Independent Lens. Her curatorial work has led her to collaborate with the Center for Craft, Creativity & Design, the Critical Distance Centre for Curators, and the Indigenous Curatorial Collective. She has been published in Inuit Art Quarterly, Cherry Bombe, and Compound Butter magazine. Cass has held positions within the National Film Board of Canada, Hot Docs Canadian International Documentary Film Festival, Wapikoni Mobile, Tribeca Film Institute, and she is a consultant with the Smithsonian National Museum of the American Indian programming for their Native Cinema Showcase. She holds an MFA from Ryerson University and a BA from NYU Gallatin.

Gudmundur Arnar Gudmundsson is a director/producer and co owner of Join Motion Pictures, a  boutique Icelandic production company focusing on director-driven films. Gudmundsson graduated in Fine Art and studied screenwriting in Denmark. His short films and features have been showcased and awarded in numerous festivals. Among these accolades are Cannes Film Festival, Venice Film Festival, Berlinale Film Festival and a nomination for the European Film Awards. 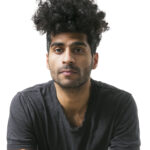 Jónmundur Grétarsson is a 36 year old actor who graduated from The Academy of Art University in San Francisco 2014. Jónmundurs most recent works were Tybalt in Romeo and Juliet at the National Theater of Iceland and Detective Einar in the Tv series Systrabönd. His upcoming work include Tv and film projects alongside the play Íslandsklukkan by Halldór Kiljan Laxness which will be premiered at the end of February at The National Theater. Being part of the first Icelandic generations of actors with different ethnicities, his focus is to push for more diversity within the Icelandic art scene. 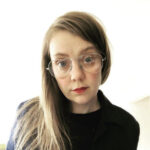 Sara Gunnarsdóttir (1982) is a director and artist who has created animation, music videos, and original artwork for film and television, including Marielle Heller’s celebrated debut feature “The Diary of a Teenage Girl,” and HBO’s Emmy-nominated “The Case Against Adnan Sayed.” Sara was born and raised in Reykjavik, Iceland, where she received her BFA from the Icelandic Academy of the Arts, while creating and performing with the electro punk band Donna Mess. She received her MFA in Experimental Animation from CalArts, and her thesis animated documentary short, “The Pirate of Love,” was nominated for “Best Alternative” in The Academy’s Student Academy Awards. Sara most recently directed the animated comedy “My Year of Dicks,” created by Pamela Ribon (Moana, My Boyfriend is a Bear), for FX Network. The show won Special Jury Awards at SXSW for Unique Vision in Writing and Directing and took home the Crystal for TV Production at Annecy Animation Film Festival. Her work has been showcased at New Directors / New Films, AFI Fest, SXSW, Annecy and the Telluride Film Festival. Sara currently lives and works in Reykjavík, Iceland with her husband, Ethan Clarke, and daughter Gréta. 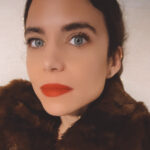 Tania Zarak Quintana was born in Mexico City. She moved to New York in 2004 and began her career at Tribeca Films, Robert De Niro’s production company. Through the years she has worked on the development and production of films like Pan’s Labyrinth, The Departed, and an adaptation of Gabriel García Márquez’ News of a Kidnapping. She served as Executive Director of Argos Cine until 2009 when she founded Bonita Films. Through Bonita Films, Tania co-produced films like The Girl, Tanta Agua, Manos Sucias and an equally acclaimed short film slate which includes Tierra y Pan, unanimous winner of the 2008 Venice Film Festival, and The Second Bakery Attack, directed by Carlos Cuarón and based on a Haruki Murakami short story. Tania served as Manager of International Originals at Netflix in 2018. She was part of a trailblazing team responsible for catapulting the course of streaming culture internationally. She relocated to Iceland in 2020 due to the Covid pandemic and in 2021 was appointed Vicepresident of Development at Truenorth. She lives in Reykjavík with her three children. 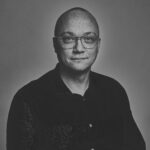 Úlfur Teitur Traustason has been working in the film industry for 20 years. For the last 15 years he has been working full time as an editor on a big variety of projects. From adverts, tv shows, documentaries to feature films. His newest works are 8 part TV series Black Sands, directed by Baldvin Z and 8 part TV series Fractures, directed by Eva Sigurðardóttir. Last year he also edited the short film Heartless which received an Edda award as the best short film of 2021 last month. He is currently working on a Christmas Calendar show, directed by Silja Hauksdóttir.