Music from various categories will be in the foreground at Reykjavik International Film Festival. There will be a special category for music films at the festival as well as musical happenings and performances at Loft Hostel in addition to a seminar in the Nordic House during Industry Days featuring both Icelandic and foreign film music composers. Last but not least, the blockbuster Joker will be screened in the Harpa Concert Hall, accompanied by a live music performance of Sinfonia Nord, Kvikmyndahljómsveit Íslands.

The Category Cinema Beats is bursting with musical deliberation, including pieces on rock, hip hop and techno so should cater to everybody’s taste. We screen a film about the story of the Norwegian band A-HA, are introduced to an amazing Hip Hop scene in Morocco and learn about the life of the French tecno DJ Laurent Garnier, who has previously DJ’d here in Iceland.

We are given an insight into the life of Polystyrene, the first British punk queen and we will screen a fascinating film about the story of women in eloctronic music which has been received with great acclaim in the UK. In addition we will screen a film about Ólafur Arnalds by Vincent Moore, who has previously showed a film at the RIFF festival. We will screen Horfin Borg (Lost City) by Úlfur Eldjárn and Við erum Eldingar (We The Lightnings), by Kira Kira, Hermigervill,  Jara, Teitur, Arnbjörg, Kristó, Alexandra, Arnbjörg, Framfari, Thoracius, Úlfur and Gefjun.

Industry Days will also offer a course in film music composition, including instructions on how to break into the business, overseen by the Norwegian composer Andreu Jakob Kunst. Tickets can be purchased here.

In addition to the above, there will be a seminar on success at the Nordic House on October 6th, led by Cheryl Kara, music consulter and supervisor. The panel will include Þorvaldur Bjarni Þorvaldsson, Atli Örvarsson, Herdís Stefánsdóttir, composer, and Sigtryggur Baldursson, a representative of ÚTÓN, Iceland Music.

One of the documentaries deals with the DJ Laurent Garnier, who is widely known for the great influence he had in popularising techno music. He will answer questions from the audience through Zoom. Laurent Garnier: Off the Record will be screened in a Reykjavik nightclub, where Icelandic DJ’s will play music throughout the night, led by acclaimed local DJ Benni B-Ruff.

Loft Hostel will offer an eventful program throughout the festival week, where an impressive selection of female musicians will perform with original compositions, including María Magnúsdóttir, who will perform material from an upcoming release for the first time.

The festival will conclude with a special screening of the blockbuster Joker in cooperation with Kvikmyndahljómsveit Íslands; Sinfonia Nord. Hildur Guðnadóttir’s Oscar and Bafta winning music to the film will be performed by Sinfonia Nord in a cinematic concert, conducted by the composers father, Gu[ni Franzson. The film will be cast on a grand screen in Eldborg, Harpa, with speech and special sound effects while a large symphony orchestra, Symphony Nord, plays Hildur’s captivating music. Tickets can be purcased here 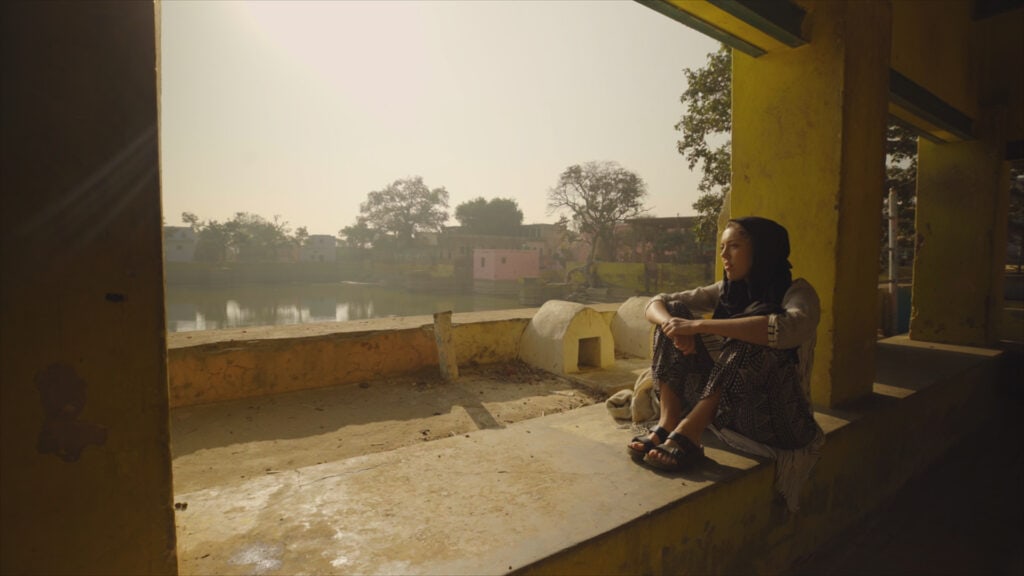 This film is about the life of the British punk queen Poly Styrene who was the first woman of colour to be a lead singer in a rock band. She brought a fresh breath of rebellion to the world of music, singing in an unparalleled voice about self image, materialism and postmodernism and all the changes that were happening in 1970’s Britain. Featured in the film are Vivienne Westwood, Neneh Cherry and Bruno Wizard, etc. 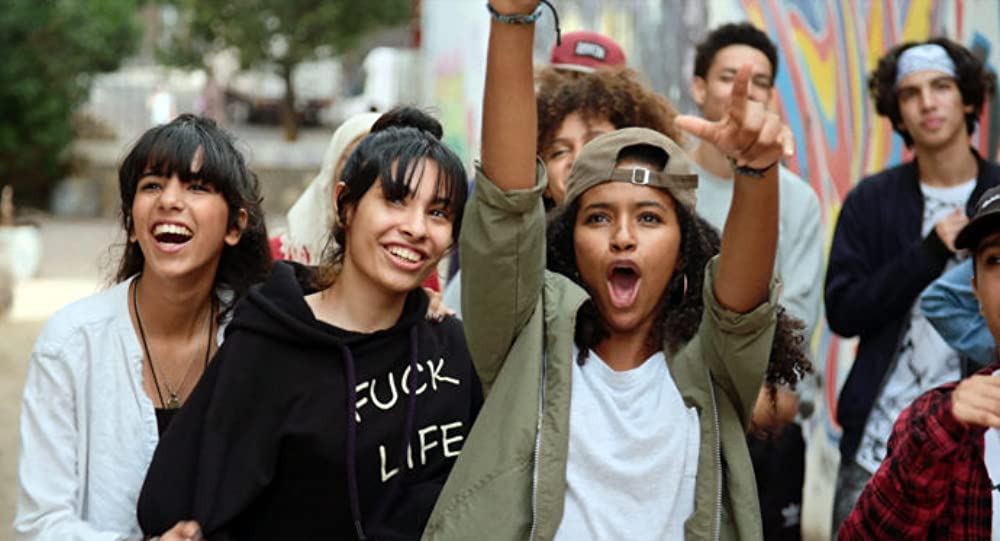 This takes place in the Moroccan hip hop scene and deals with ex rapper Anas who starts working in a cultural centre and encourages his young proteges to empower themselves with the creative expression of hip hop. His encouragement proves an important incentive to these young people who use this method of expression to free themselves of the shackles of customs and tradition that have prevented them from making their dreams come true.

An insight into the life of Laurent Garnier, one of the godfathers of house music, from his rise to fame in the eighties until the present. The last musical revolution from a revolutionists point of view. After Covid hit, Garnier stopped listening to techno music for the first time in thirty years and this inspired the birth of the movie. Laurent will discuss the movie and answer questions through Zoom in connection with the screening of the movie at the RIFF festival.

The Norwegian band A-ha is followed on tour. These three young men have a lofty dream about becoming international pop stars and when their golden hit “Take on Me” reaches number one on the US Billboard list it seems their goals have been achieved. How is it to live one’s dream? This is the story of ambition, outstanding music, broken friendships, and even forgiveness.

A fascinating, as yet untold story about female pioneers in the early days of electronic music, when theremins, synthesisers and feedback machines were at the forefront of musical technology. The composers Delia Derbyshire and Laurie Anderson (narrator) changed how music was made as well as appreciated. A timely and well executed recognition for pioneers in the history of music. 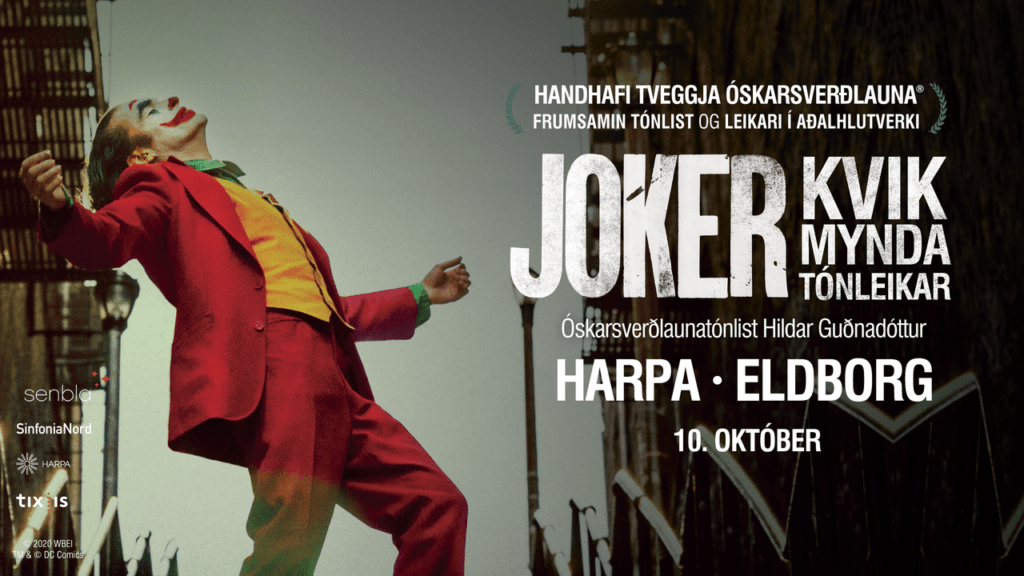 Joker will be screened in the Harpa Music Hall accompanied by SinfoniaNord. Hildur Guðnadóttir´s Oscar and BAFTA winning music will be performed by SynfoniaNord and conducted by the composer’s father, Guðni Franzson.

JOKER was awarded two Oscars and three BAFTA awards last year, including the best original score to composer Hildur Guðnadóttir and Joaquin Phoenix for Best Actor in a Leading Role, who were recipients of both awards. Both of them also received a Golden Globe and a Critics Choice award for their contribution to Joker.

The film will be screened on a grand screen in Eldborg, Harpa Music Hall, with speech and special sound effects while a large symphony orchestra, Symphony Nord, plays Hildur’s captivating music to accompany the film.